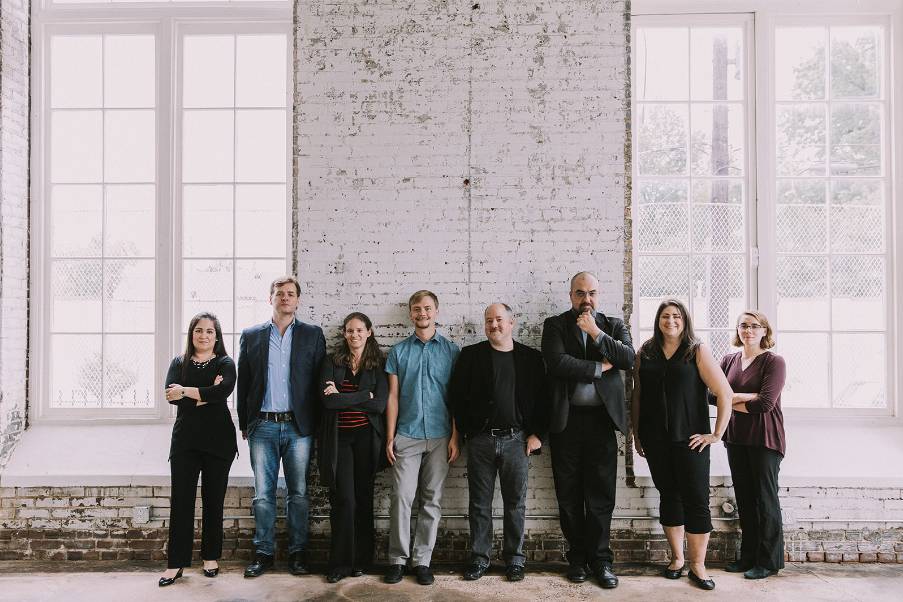 Erich Stem, composer-in-residence of A/Tonal, partners with 21c Museum and WUOL 90.5FM’s “New Lens” series. Stem co-founded the group in 2013 for the purpose of exploring ties between traditional and contemporary music. A/Tonal has been featured as artists on the “Kentucky Center Presents” series, 21c Museum Hotel’s “Dress Up, Speak Up” exhibition, and the University of Louisville’s New Music Festival. In 2016, the ensemble recorded Erich Stem’s arrangement of NPR’s Morning Edition theme, which was subsequently aired on WYPR in Baltimore. A/Tonal continued its unique collaborative partnership with 21c’s exhibit, Labor & Materials as part of WUOL’s New Lens series. In 2016, they recorded Stem’s work, Consider, which was released on A/Tonal’s debut EP, Starting Point. They will also record his Dream Sights on a music video for a later release in 2022.