Premiered by the Bainbridge Symphony Orchestra

Commissioned by the Bainbridge Symphony Orchestra 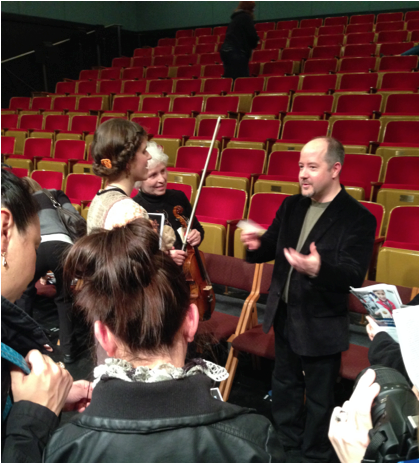 Bainbridge is a special piece to me since it marks the first of hopefully many works that will make up the “America By” project.  My goal for this initiative is to write orchestra music that represents the history, culture, and life of the unique cities from various states around the country.  In this particular work, there were two characteristics of Bainbridge Island that drove my choice for the language of the music.  One feature was the unique history of the Japanese Americans at Bainbridge (which made an impression on me when I visited the Japanese American Exclusion Memorial) and the other was a more general reaction I got when I walked around the beautiful parts of the island (the surrounding trees, water, and even the ferry ride over to the Island).

The beginning of the piece taps into the history of Bainbridge, particularly the story of Japanese immigrants; their experience finding a life in America and the horrific reality of the internment camp program during World War II.  The flute solo in the beginning of Bainbridge is based on a shakuhachi (a kind of music and instrument developed in Japan) piece called “Hachigaeshi (Echigo),” originally composed by a Buddhist monk, Sugawara Yoshiteru.  The piece is part of the body of meditative works Buddhists would perform on the shakuhachi flute, which would later be categorized as “Honkyoku” (some of the first shakuhachi pieces performed that survive today).  I thought it was fitting to quote a Honkyoku piece since it nicely represents the idea of “origin” (meaningful to the origin of Japanese immigrants) and the fact that it begins the journey of the piece in a meditative, reflective state.  The rest of the music bounces back between the excitement of the hustle and bustle of the island during the day, the majestic ferry ride over, and then to more reflective moods of seeing the beautiful parts of the island – during the day and at night.

Commissioned and premiered by the Bainbridge Symphony Orchestra written as part of America By: A Symphonic Tour: www.AmericaBy.com

The creation of "Bainbridge"